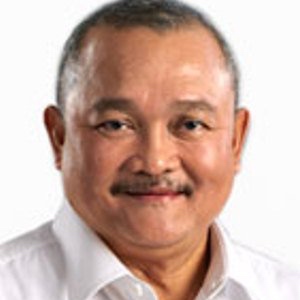 Mr Alex Noerdin has served as Governor of South Sumatra since 2008. Previously, he served as Regent of Musi Banyuasin for two consecutive periods (2001–2006 and 2007–2012). He is known to the wider community as a leader who has had success in various areas of life. He was awarded the Star of Mahaputra Utama by President Susilo Bambang Yudhoyono in 2014, an honor for individuals of great merit, or who have benefited the progress, prosperity and greatness of the country.

Mr Noerdin has raised the reputation of South Sumatra by successfully proposing Palembang, the South Sumatra capital, as host of the 26th SEA Games in 2011. Following this success, he has again proposed Palembang to host the 18th Asian Games in 2018, an honor the province will share with Indonesia’s capital city, Jakarta.

In the area of forestry and environment, Mr Noerdin has taken the lead by hosting several REDD+ and restoration projects in his province. He promoted a Model of Partnership in landscape management at the High-Level Roundtable Forum, “Bonn Challenge_02”, in Germany and at COP 21 last year.  He is open to opportunities to work with various stakeholders including donors, NGOs and the private sector. He has declared a Green Growth Plan for South Sumatra that will see the reduction of emissions, application of a Landscape Management Partnership, implementation of a Fire-Free Village movement, and a sustainable supply shed for specific commodities.

HE Osea Naiqamu | All | Pablo Pacheco