CIFOR research has contributed to the recognition of the importance of forests and trees for food security.

Terry Sunderland, CIFOR’s former Team Leader of “Sustainable landscapes and food”, explains the importance of examining how relations between forests and people play out at the landscape scale. By doing so, we can better understand the contribution of forests and trees to food security and nutrition, as well as how forests and trees provide ecosystem services that support agricultural production.

Looking ahead, Terry emphasizes the need to overcome disciplinary silos and engage in strategic partnership to further develop landscape-scale research and initiatives.

Terry Sunderland was with CIFOR for 12 years as Senior/Principal Scientist, and later, as Team Leader for “Sustainable Landscapes and Food”. He joined CIFOR in January 2006, finishing his tenure in December 2017.

Terry is currently Professor at the Faculty of Forestry, University of British Columbia in Canada, focusing on the biological and human dimensions of the sustainable management and use of tropical forests. As Senior/Principal Scientist at CIFOR, he coordinated CIFOR’s work on forests and food security, biodiversity conservation and integrated landscape management.

Prior to joining CIFOR in early 2006, Terry was based in West Africa for over 15 years and worked on numerous conservation and livelihood-focused initiatives. Having both a field practitioner and academic background gives him a wide perspective on conservation, livelihoods and issues related to sustainable landscape management.

Terry has a Master’s degree in Forestry from the University of Oxford and a PhD from the University of London. He has published more than 240 research papers, book chapters and edited books, and has supervised many graduate studies related to tropical forestry, particularly focusing on developing country scientists. Terry is an active blogger and Twitter user, and he engages regularly with the media on disseminating research for policy influence and outreach.

Discover more about Terry’s research at ResearchGate and Google Scholar.

His professional website can be found here.
A major future challenge will be actually breaking down the disciplinary silos to engage in real, integrated landscape-scale initiatives.

In conversation with Terry Sunderland 2020
Dietary diversity and fish consumption of mothers and their children in fisher households in Komodo District, eastern Indonesia CIFOR@GLF: 'We care about landscapes'

The Role of Forestry for Sustainable Development - Part 1

Having your forests and eating them too - Terry Sunderland

Getting landscape approaches off the ground, on the ground

Before a landscape approach, an integrative initiative to try

Changing landscapes: From forests to food

Recommendations from science to the development agenda: the High Level Panel of Experts' report on Sustainable Forestry for Food Security and Nutrition What do forests have to do with food?

From forest to table

The role of bushmeat in food security and nutrition 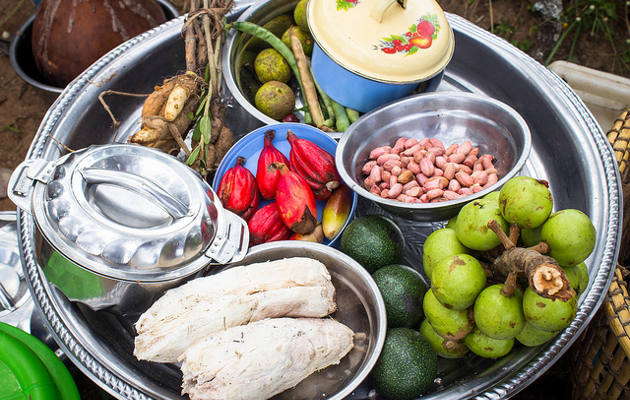 8 July 2020
Reflections on landscape challenges and opportunities in Kalomo

24 August 2020
How is climate change affecting biodiversity at the poles?