(28 June 2013, Bogor, Indonesia) The Center for International Forestry Research (CIFOR) has launched a new partnership with the China National Forestry Economics and Development Research Center (FEDRC) to improve the monitoring and evaluation of the ‘Conversion of Cropland to Forest Program’ (CCFP) or ‘Grain for Green’, one of the largest reforestation programs in the world.

The CCFP incentivizes smallholders to convert cropland on sloping lands into various forms of planted forests. Subsidies provided by the state compensate the lost income that farmers would have gained from agricultural activities.

Since the program’s nationwide launch in 2002, it has significantly and directly affected the livelihoods of 124 million rural people in China, with more than 20 million hectares of cropland and barren land converted, and a budget of over US$ 40 billion including direct payments to more than 32 million households. These figures make the CCFP one of the largest Payment for Environmental Services (PES) programs in the world based on reforestation and afforestation.

A subsidiary of China’s State Forestry Administration (SFA), the FEDRC – tasked with evaluating and monitoring China’s key national forestry programs – invited CIFOR to partner with them to analyze their large nationwide dataset and offer policy recommendations that will be fed directly to central government policy makers.

“This is a great opportunity for CIFOR,” remarked Nick Hogarth, scientific advisor for the project. “Not only will this be the first time a foreign organization has been given access to the data, but it also provides CIFOR with a close link to policy makers, and should provide clear and measurable impacts at both the policy and household levels.”

The scale of the program and the complexity of the data, which encompasses various climates, soil types and forest production types on small-scale family plots, has made the CCFP difficult to monitor and difficult to generalize about the impacts of the program. CIFOR scientists and FEDRC aim to better understand how this program has affected the whole country with regards to impacts on rural livelihoods and the environment.

“Many rural households have benefitted from the program – receiving state subsidies while in many cases also gaining revenue from some of the fast growing forest crops that were planted, like bamboo” Hogarth elaborated. “There are questions about the sustainability of the program, from both an environmental and livelihood perspective; and current debate and discussion about what will happen when government payments and subsidies end in a few years, with concern that reforested land may be converted back to cropland”

The carbon contribution of the 20 million hectares of CCFP forest land is of increasing interest, and the potential of a market-based carbon payment system will be explored. Hogarth explained that through the program, China has already developed national- and local-level institutions and payment mechanisms to deliver payments directly to the participating households. CIFOR’s analyses therefore could eventually assess the feasibility of a carbon-based PES project in China for the future.

China’s global significance is corroborated by Louis Putzel, lead scientist on CIFOR’s project looking at China’s trade and investment in Africa, “There is a lot of room to bring Chinese knowledge into discussions of development planning in the rest of the world, particularly as Chinese institutions and enterprises increasingly engage in interests and activities internationally. China certainly has an important role in supporting forestry exchanges among developing and emerging countries.”

The Center for International Forestry Research (CIFOR) advances human well-being, environmental conservation and equity by conducting research to help shape policies and practices that affect forests in developing countries. CIFOR is a member of the CGIAR Consortium. Our headquarters are in Bogor, Indonesia, with offices in Asia, Africa and South America. 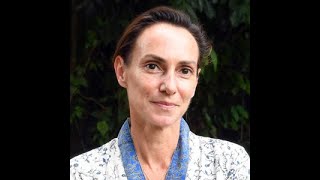