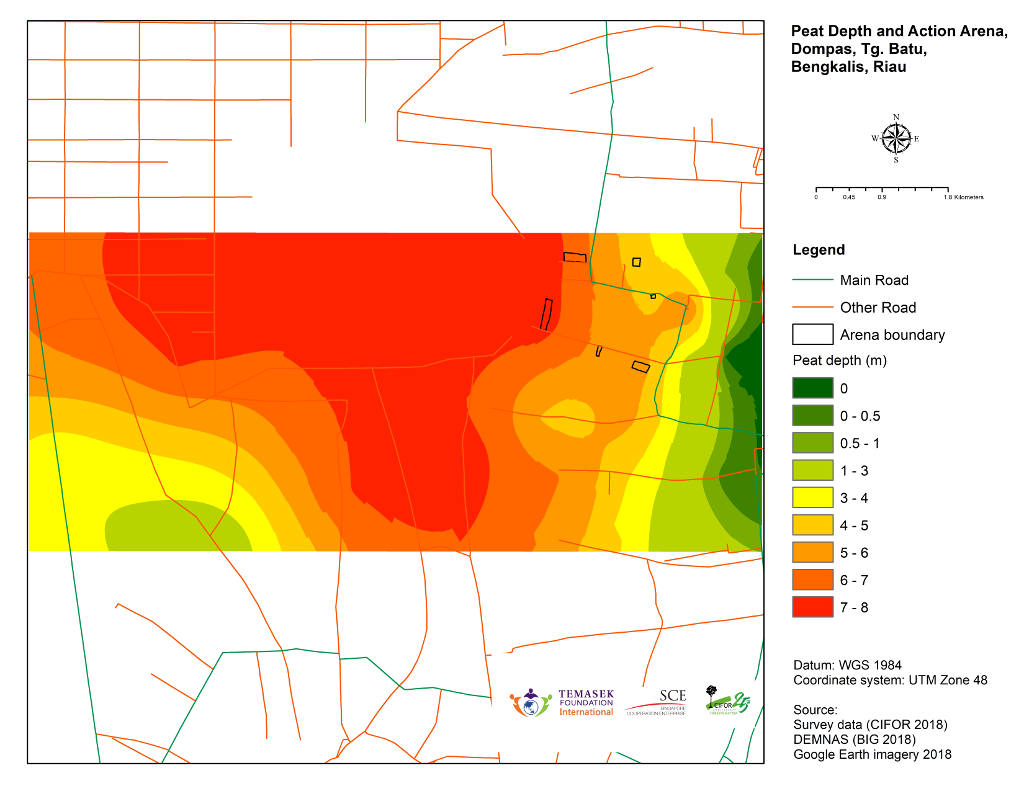 We focused the field testing in the Bengkalis District of Riau Province. The research and dissemination activities, however, will also be conducted in other districts in Riau Province. Riau Province was selected for the research because because it experienced the most frequent forest and land fires forest and land fires.[1] Riau also underwent massive forest conversion to oil palm plantations and constitutes the largest area of oil palm plantations in Indonesia.

Action Arena
Using PAR, together with partners and local communities, we conducted a series of activity, study and discussion sessions through the loops of the reflection, planning, action and monitoring phases at seven action arenas. We facilitated a series of discussions and activities, where we developed a sustainable business model for fire prevention and peatland restoration, constructed restoration facilities and encouraged social transformation in a local community. In a participatory manner and using certain criteria, we identified and selected seven action arenas located at Dompas Village. In general, all action arenas are located on areas with peat deposits with unique biophysical characteristics, with a total of 11.1 hectares (excluding the home garden/Action Arena 7). We classified these action arenas into three types of land management: public, private and co-management land, described as follows:

Proceed to Monitoring of the Action Arena to understand the latest condition of groundwater level, soil moisture, and solar radiant at each action arena. 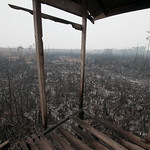 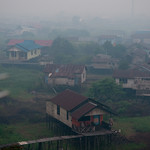 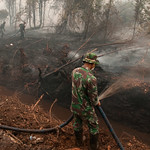 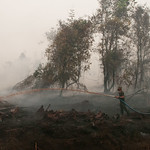