Bimbika Sijapati Basnett works on CIFOR's research programs on migration and multi-local livelihoods and oil palm expansion in forested landscapes. She holds a PhD in Development Studies from the London School of Economics and Political Science, UK. Prior to joining CIFOR, Bimbika worked as a gender researcher and consultant in UN bodies, NGOs, government agencies, and policy-research think tanks in South Asia and the South Pacific regions.

Markus Ihalainen works with Bimbika on the integration of gender across CIFOR’s research portfolio. Based in Nairobi, Kenya, he is also involved in the coordination of the gender integration work between the FTA centers. Markus holds an MA in Development Studies from the University of Uppsala, Sweden, and a Bachelor’s in Geography from the University of Stockholm, Sweden. Before joining CIFOR, he worked in Namibia on gender and LGBT-issues.

CIFOR has a long history of carrying out gender-specific research on participation, tenure and value chains. Our research is increasingly concerned with emerging challenges and global policy priorities linked to climate change adaptation and mitigation, food security, migration and multi-local livelihoods, globalized trade and investments in forested landscapes.

Esther Mwangi Esther Mwangi is a principal scientist. She led the coordination of gender within CIFOR and FTA. Works on gender and tenure in Uganda.

Kiran Asher Kiran Asher is a senior scientist, has diverse research interests focused on the gendered and raced dimensions of social and environmental change in the global south. Her training is grounded in two decades of field-based research in Latin America and South Asia. Currently she is developing projects that examine how environmental policies circumscribe, and open new spaces for the livelihoods of small communities.

Houria Djoudi Houria Djoudi is a CIFOR scientist with extensive experience in gender research in North and West Africa, Mali and Burkina Faso in particular. Much of her work has focused on gendered impact of climate change adaptation as well as knowledge of access to land and tree resources in West African communities and its link to climate change vulnerability, mitigation and adaptation in dryland forests.

Anne Larson Anne Larson is a principal scientist, is working on gender issues in various projects. The main research topics covered include: understanding women's rights, access and tenure security in communal lands (Peru, Uganda and Indonesia), comparing sex-differentiated access and use of forest resources and participation in forest decisions (surveys in Nicaragua and Uganda), and analyzing women's participation in REDD+ projects and their differential impacts on women (survey data from 6 countries: Peru, Brazil, Tanzania, Cameroon, Vietnam and Indonesia). She also co-coordinates an action project in Nicaragua (and Uganda) aimed at improving women's participation in decisions and benefits regarding forests and forest resources.

Jessica Clendenning Jessica Clendenning, together with researchers from the Swedish University of Agricultural Sciences, coordinates a systematic review entitled, 'How do gender disparities in access to and use of forest assets affect household food and nutrition security?' This comprehensive global review considers studies from low to middle income countries from the 1970s onwards. The aim of the review is to see what effect gender has on use and access to forest resources, and the impact this has on household health.

Anne Marie Tiani Anne Marie Tiani is a senior scientist, has had an interest in gender issues since 1996 when the use of the PRA tools revealed the difference in needs and interests between men and women, and the recurrence of incomplete solutions to social problems due to the neglect of gender factors. In CIFOR's ACM and Governance programs, she focused on research on gender equity in natural resources management (2001), then gender and participation to the management of protected in Central Africa (2005), and gender and forest decentralization (2010). In the COBAM project, which she is currently coordinating, gender is a cross-cutting theme and its links with vulnerability and adaptation to climate change is a major focus of research.

Carol Colfer Carol Colfer is a Senior Research Associate & Cornell University, works on enhancing more equitable gender representation in decision making at all levels globally, with long-term experience in the Middle East, Southeast Asia and the US. Her current focus includes the integration of production and reproduction in the lives of forest men and women, and gender, forests and swidden agriculture.

Lisa Westholm Lisa Westholm is undertaking research on the role of gender issues in, and the gendered impacts of, climate policy relating for forests, particularly in Burkina Faso.

Priyanka Bhalla Priyanka Bhalla is a PhD candidate at the Lee Kuan Yew School of Public Policy in Singapore. Her thematic interest revolves around gender-related outcomes during forest tenure reform processes. Her geographical focus is on South Asia. Most recently, Priyanka has been following the developments of the Indian Forest Rights Act and how its implementation has affected forest-dependent communities.

Merel Harvels Merel Harvels is a master's student at Wageningen University in the Netherlands. She has worked on a CIFOR Gender and Forests, Trees and Agroforesty value chain working paper. 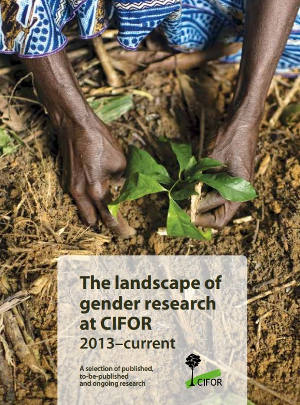 The landscape of gender research at CIFOR 2013–current
English (1.7 MB) 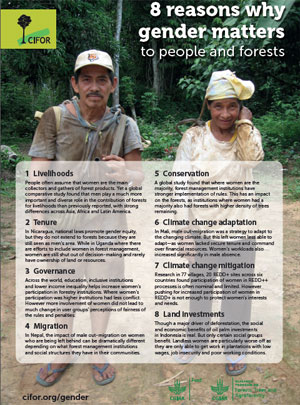 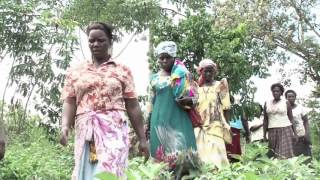 Women's rights to forests and trees in Uganda