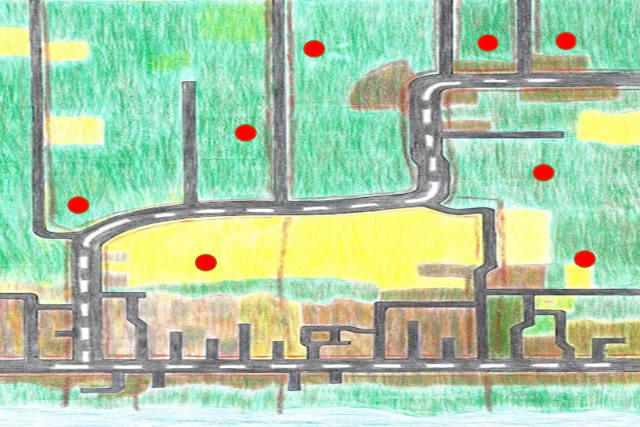 In 2017, with support from the UK’s Department for International Development (DFID), CIFOR worked with the local community and national, subnational and local government to document a baseline study for Dompas village, assessing its socio-economic condition, land use types, livelihoods and community perceptions.

For the Participatory Action Research project funded by Temasek Foundation and Singapore Cooperation Enterprise, CIFOR partnered with the University of Riau to generate a more comprehensive baseline study on households and institutions, for Dompas and five other satellite villages (namely Buruk Bakul, Sejangat, Sungai Pakning, Tanjung Belit and Sukajadi). Highlights of this updated baseline study will be provided separately.

Dompas is a Malay-dominated village located at the northeast of Pekanbaru, the capital of Riau province. The landscape consists of primary and secondary forest, private gardens of mixed cultivation, monoculture rubber plantations, oil palm plantations, and shrub or land abandoned post-fire. It has a relatively substantial post-fire area, indicating the need for intensive fire prevention and peatland restoration. There are many valuable species native to the peatland ecosystem, for example meranti (Shorea spp.) and ramin (Gonystylus spp.). Various animal species, such as owa-ungko (Hylobates agilis), siamang (Symphalangus syndactylus), lutung (Trachypithecus cristatus), long-tailed macaque (Macaca fascicularis) and beruk (Macaca nemestrina) are frequently found in forest and plantation areas in Dompas. A number of protected species, including the Sumateran tiger (Panthera tigris sumatrae) and honey bear (Helarctos malayanus) are also reportedly seen in the forest area.

Using a participatory approach, CIFOR worked with local community members, such as Fire Care Community (MPA) members, the farmer’s group and the village government, to identify areas affected by fire in Dompas village (Figure 1). In addition to focus group discussions, we also surveyed households in Dompas in 2017, to capture baseline data with a focus predominantly on the community’s perceptions on fire and haze. Forty-six per cent of household respondents acknowledged a high or very high risk of fire on their land. Our findings revealed, in addition to the long drought season, fire occurrence was caused by intentional use of fire (20%), fires initiated by private companies (11%) and smallholder (6%) plantations. Local communities acknowledged that the use of fire for land clearing was a big problem. They also realized that most soil or peatland in Dompas had dried up and was at high risk of fire occurrence. Most of the respondents agreed that using fire must be stopped at all cost.

The leader of Dompas village affirmed that continuous routine monitoring was the most effective method of fire prevention. Scheduled and organized routine patrols have been in place and community members participating in the Fire Care Community (MPA) group play an important role in reducing fire incidents in this village. Some infrastructure has been put in place to support fire prevention efforts, for example, a reservoir has been constructed and canals are being blocked to maintain water levels in fire prone and vulnerable peatlands. Future action to assist the local community in these efforts, combined with efforts to facilitate behavioral change, is still required. Alongside efforts to resolve problems and increase local community capacity, a livelihood and conservation strategy needs to be developed. 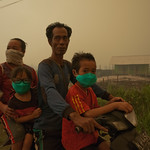 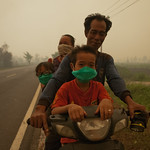 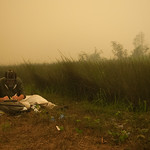 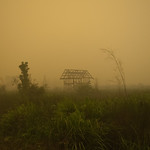