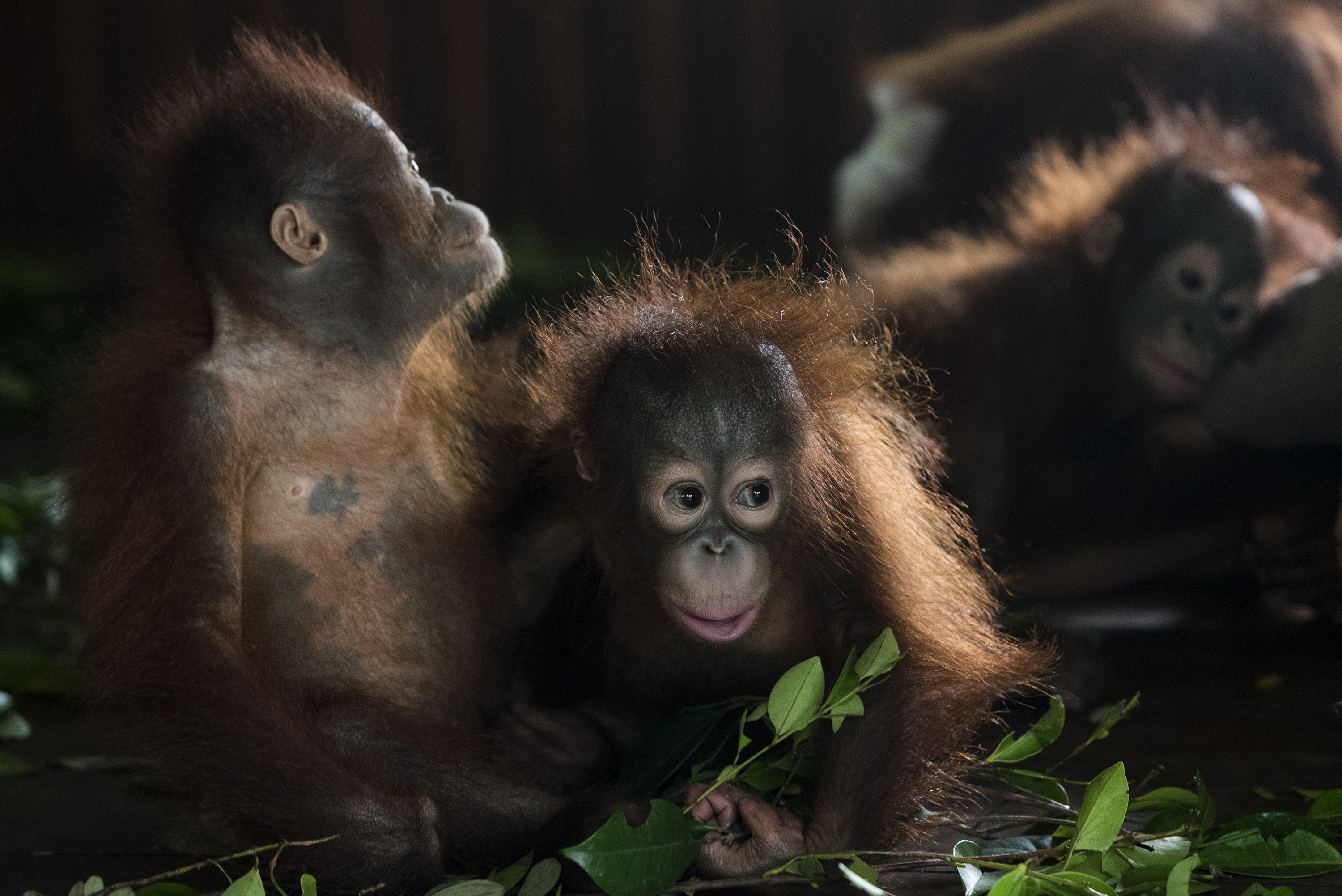 Infants of orangutans played in nurseries at the Borneo Orangutan Survival Foundation (BOSF) at Nyaru Menteng Arboretum, Central Kalimantan, Indonesia. Due to forest fires that caused haze, those Orangutan babies could not play outdoor. The haze has disturbing not only human but also conservation for orangutan . Meanwhile, the status of the Borneo orangutans (Pongo pygmaeus) becomes critically endangered after it was previously set to endangered status.