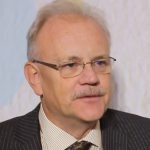 Marcel Silvius, studied Biology and Nature Management at the State University of Utrecht and Agriculture University Wageningen, Netherlands. He started his professional career as wetland ecologist in Malaysia in1985 and was one of the pioneers of shorebird studies in South-east Asia. He was instrumental in the establishment of the Asian Wetland Bureau (AWB) in 1986, and led the development of programs and offices of AWB in Indonesia, Thailand, Cambodia and China between 1987 and 1995. After the establishment of Wetlands International, Marcel moved in 1997 to the Netherlands from where he established Wetlands International’s programs and offices in the Russian Federation, Ukraine and West Africa (Senegal, Mali). He contributed to the development of the organization’s project portfolio world-wide, leading global programs on ‘Wetlands and Livelihoods’ and ‘Wetlands and Climate’.  Globally recognized as a leading peatland and wetland conservationist, he joined the Global Green Growth Institute (GGGI) as its Country Representative in Indonesia in June 2017.