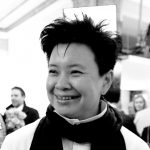 Monica is an expert in good governance, transparency issues, particularly anti-corruption and security sector reform. At present, she is the Executive Director of Partnership for Governance Reform (Kemitraan), a leading Indonesian national organisation in the start of reform and good governance in Indonesia. Previously she has held various positions at the United Nations Office of Drugs and Crime (UNODC), including Indonesia OIC Country Manager and head of the Anti-corruption Unit. She has also served as Program Coordinator in a six-year police and security sector reform program with the International Organization for Migration (IOM) and Indonesian National Police, where one of the major impact of her work was assisting in the peace process in Aceh province. She founded and chaired several institutions, such as Institute Ecosoc Rights, Institute Pelangi Perempuan on LGBT Rights, and ORLAB Education Foundation. She has also worked as an expert for the European Commission’s Conflict Prevention and Crisis Management Unit, including as an author of its first Conflict Prevention Assessment for Indonesia in 2001.