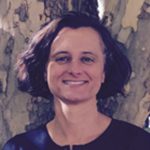 Kushla heads up the International Climate Change Branch in the Australian Government Department of the Environment and Energy. Kushla is responsible for international strategic climate policy, including on carbon markets, transparency and accounting, and the delivery of international partnerships on forests and blue carbon.

Previously Kushla worked at the Department of Foreign Affairs and Trade as the head of the Global Development Branch, where in 2015 she was Australia’s lead negotiator on the United Nation’s Sustainable Development Goals. Kushla has also held senior roles in the Department of Climate Change, the Office of National Assessments and the Department of the Prime Minister and Cabinet, in a public service career that spans 18 years.