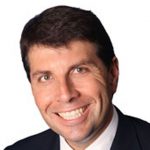 Martijn Wilder AM is head of Baker and McKenzie’s Global Environmental Markets and Climate Change practice specialising in climate change, climate and conservation finance and conservation projects, with a particular focus on Forests, Land Use and Agriculture. He is also Chair of the Baker & McKenzie Law for Development Initiative. He advised a number of governments on their REDD+ programs (including Indonesia, Kenya and Fiji), assisted the Green Climate Fund on their results based payments pilot program and advised BHP/IFC on their Global REDD Forest Bond. His other roles include Honorary Professor of Law at the Australian National University, Chair of the Australian Renewable Energy Agency (ARENA) and President of WWF (Australia). He is also the Deputy Chair of the Private Sector Roundtable of the Asia Pacific Rainforest Partnership. In 2012, Martijn was awarded a Member of the Order of Australia. Mr Wilder holds a Bachelor of Economics (Hons) from the University of Sydney, LLB Honours from the Australian National University, LLM from the University of Cambridge.